The Academy’s study program is made up of two fundamental, simultaneous and complementary branches: Approach to people and Language.

✓ We will work deeply with and through the Language:

✓ We will work deeply on the Voice:

✓ The following will be addressed and confronted:

✓ The following will be presented:

✓ High-level training focused on locating the internal place from which each Being relates to the other, either from limitation or potentiality.

✓ To approach is to know how to enter the depth without invading, becoming a catalyst element, with the ability to immerse oneself in the depth, to activate the outcome of a transformation.

✓ The following will be addressed and confronted: 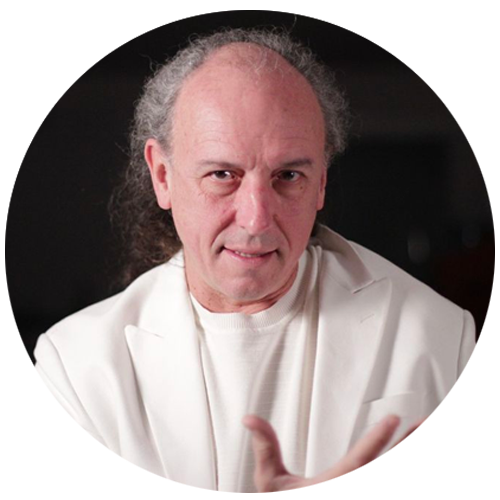 The art of language, the power of the word, and the mystery of comprehension.

An academy focused on the human approach.

Language is an explorer by nature, it can go as far as your Being is ready and willing to transmit.

EACH WORD, HAS IN ITSELF, ALL THE POTENTIAL OF OPENING A DOOR TO THE INFINITY AS A SPOKESMAN OF LOVE AND CONSCIOUSNESS. (The union of the two creative energies)

Knowing how to speak, express clearly, transmit with certainty, communicate effectively and use the voice as a carrier of who we are, is an experience of tremendous power.

In this academy, language is approached as a living being, which is at the service of our evolution.

The initial question that we will ask is: From what space-time (place and moment) does the voice with which we speak and communicate come out?
This meeting of training and connection is intended for all those who have decided to dedicate themselves to supporting and accompanying other people on a path of self-discovery, openness to love, and awakening of consciousness.
In each meeting, its founder reveals one of the keys to the Inner Evolution Method: The Quantum Approach; starting from the following statement: “Pure gaze and innocent listening allow us to access a state of disidentified contemplation, which produces a powerful and natural presence.”

“The approach is the way you treat others, which is governed by the idea you have about yourself, conditioning your gaze, your way of speaking, and your listening.” We can only reach others in the same way that others have reached us and as we have learned to reach ourselves. Getting to… is a vital and essential movement in human beings; it is approaching, it is approaching, it is getting closer, it is entering and sowing a seed or inspiring an internal movement. The way to manage this process is an art, it can be fictitiously created or it can be the natural manifestation of an attitude that has been assumed before life, circumstances, others, and oneself.

In the way of treating others, it is very difficult to falsify that learned way, and hidden as an energy that comes from the past and that has a lot of information,

Because even if we force ourselves or make an effort to change the way we speak and treat, what we already have registered as a “way of being and treating others” will be appreciated directly and indirectly, consciously or unconsciously, both through verbal and non-verbal expression. ; and if we try to change that which wants to come out naturally, it will be seen as something artificial.

At ACADEMY ALVERTO we propose to go to the roots and manage changes from the depths so that they then emerge to the surface in a natural way. To do this, we do archaeological work, where we excavate in the different tectonic layers of our past, of our personality, character, and temperament, to detect the episodes that have been registered as limitations or blockages and that have impacted on our self and our identity.

In order to support and accompany other people in their processes of self-discovery or inner evolution, it is first necessary to realize that it is vital to look purely, listen innocently and contemplate in a disidentified way.
At the Academy, Alberto Varela proposes a series of workshops with active dynamics and forceful feedback through which we have the possibility, through language, to reach others in an authentic and transcendent way, and thus enable the opening of fields of deep internal transformation in the human being in its relationships and its way of developing both in the workplace and in the professional.

The confrontation with the not exceeded limitations

To be ships of the essential

A high-level leadership training focused on discovering the place that each Being occupies and the possibility of creating bonds by generating trust in others. Calibrate people with high influence potential from consciousness and comprehensive intelligence as tools, so that they can develop the ability to approach, manage and transmit to individuals, groups, and organizations. For this, we address the need to carry out an internal transformation in what we are limited or conditioned, which paves the way to access the multiple and unknown possibilities.

An experiential training based on communication, transactions, and ties, with the aim of inspiring others to awaken their wisdom, discover their being, and use their power based on the integration of love and authority; to apply it in the development of their personal, work and professional life. 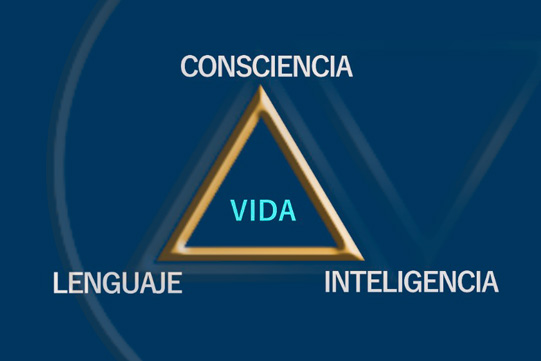 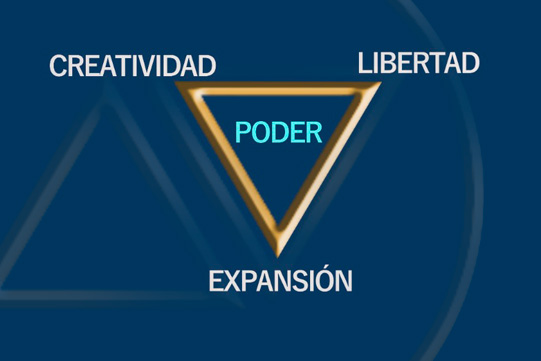 A journey to infinity that crosses limits and explores the evolutive activities offered by the liberation and transformation of energy until it is possible to create an organic intelligence.

A miracle of nature that has created the conditions for diversity to emerge with the ability to creatively express the possibilities of creative power.

A biological miracle that has started the ability to be aware of our own existence in the cosmos and the universe in which we are.

A miracle of the evolution of language that has accommodated cosmic consciousness, and the birth of the possibility of seeking meaning and exploring the origin of everything.

The training plan of this academy is in itself a unique opportunity to learn the ART OF LANGUAGE, and deepen the conscious use of words, which can function as catalytic, liberating, and transforming elements, both in people and in situations. Depending on the moment and the context in which the words are used, it is possible to detect how to take advantage of the full potential of the voice and what is said, to create new conscious spaces where we share life, work or project with other people.

How do you relate to the other? What do you have to say? What words do you use to speak? What are you listening to? What emotions guide your communication? Is there softness, delicacy, and clarity in the way you speak? Are you willing to make a root change in your ways of expressing yourself?

“Just as each star has the support of the entire universe, EACH WORD HAS THE POWER OF AN ENTIRE LANGUAGE, and each HUMAN BEING has the possibility of all humanity.”

Academy students must be subscribed to its Virtual Classroom, where they will find all the training material taught by Alberto Varela: 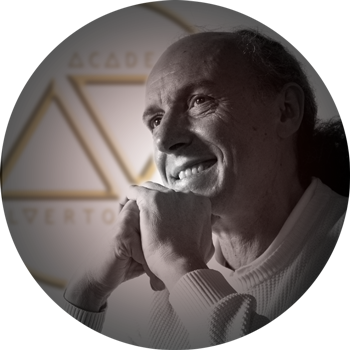 Creator of the Deprogramming program

I am not a name; I am not a man, a father, an entrepreneur, a writer, a guru, or a mentor.

The prices indicated here are per retreat night at Academia Alverto.
There are also individual prices per workshop (click on the event in the calendar).

Reserve additional session based on your zone.
Or get in touch with an advisor